New member here, longtime ProShow Gold and Producer user (since aug 2005). I remember this date because it was the first slideshow I produced for my fathers funeral.

Anyhow, I purchased many, many upgrades over the years along with lots of extensions. So like most here I was appalled to find that Photodex was going out of business. I followed the notification email and downloaded all of the extensions I owned so that I could use the software even after they went away (at least until the Operating System rendered it useless due to no updates to the product). This worked for awhile until the validation servers went down permanently shortly before I upgraded my computer and wiped the old hdd. I was not amused when I tried to install Producer only to learn that I could not validate the installation because the servers were down.

I searched for replacement software and as most of you know could not find another that made me happy as ProShow did. So, I followed the advice of the outgoing company and tried Photopia. I'm still not convinced that this was not a setup to move to a subscription based service. In any case I bought a sub, played around with Photopia Director and Producer, attempting to load the ProShow extensions and though the interface was fresh some of the extensions just did not work properly. I produced a few videos and put the product away until recently.

Last week I enabled my dormant subscription to start a new project and had a question. I went to the support forum for Photopia and found that things were slow, people were not happy, and the admin who (until about 6 months ago) had been posting and answering questions regularly was no longer present. Because they have a policy of approving each and every post many were not being approved for WEEKS! It looks to the casual observer as though the platform is struggling at best, (and like ProShow) close to being abandoned at worst.

I send a message to Photopia support (two in fact), using the 'contact us' link on the website and STILL have not received so much as a 'we got your message' response.

So, I decided to see if a workaround for ProShow had been made available. Here is where I found that workaround in the form of a large selection of PSP install files and three little files to bypass the validation and get the program working on my new Windows 10 machine! Interestingly, the install of the extensions I had purchased (and downloaded as instructed prior to Photodex shutting down) will install without contacting the validation server. It complains about it not answering but then just proceeds to install. They work perfectly just as they did a few years ago.

For the past few days I have been lurking here and seeing everything I missed when ProShow had its hayday. This makes me wish I had found this resource then. In any case it does seem as though even here there is little more content other than a few hardcore members posting updated extensions and answering posts from folks such as myself hoping to keep a dying program running for 'just one more production' or the until next Windows Update that breaks it permanently. I am however, very pleased to have found this resource and thankful for the dedicated folks working to keep it relevant.

I would like to hear others thoughts on the future of Photopia, ProShow, and this forum. Personally, I'll be running ProShow until I find consensus (here) that it cannot be revived. 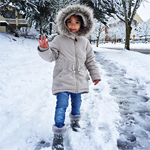 I'm sorry that you only found this forum recently but am happy to know you found it! As you mentioned, there isn't much activity here, but there's a ton of resources that have been collected over the past 16 years available to pick through. Hopefully, the information is still helpful for many. It's the only reason why I still maintain and pay for the hosting that keeps it running.

I offered to run a forum for Photopia (in fact I created one that was ready to go), but the powers to be at Photopia were confident that there was no need for my services. In addition, I think the fact that the software was subscription-based turned away a lot of the folks who may have been happy to have a replacement for the ProShow software otherwise. I myself am not opposed to subscription-based software, currently subscribing to Adobe software and Epidemic Sound to name a few, but the price was way too high for me to keep my interest.

I think I belong to that hard-core user too. I've never really searched for other o other programs because until today I can get along just fine with the program
PSP 9.0 I bought and all the extras Photdex ( closed ) and Jennifer Clarck ( choiceslides.com ) and Udemy ( udem.com) for different PSP courses
The internet is also full of users who make their material available free of charge. Awesome.
I've had to reinstall everything several times by refreshing the computer and can still validate. I have noticed that with the same validation code I can register practically all additional supplements purchased from Photodex. I haven't needed the crack until today.
On this forum I have regularly tried to challenge visitors to participate but the returns are low.
But.... this remains THE forum for proshow for me and we hope to continue for a long time to come.

If you come up with topics, examples or problems, I'd be happy to read them and try to participate where possible.

A warm greeting from Holland.

and of course a special thank you to Mike from Idaho for keeping this Forum alive!
Riekelt Koffeman

I second your comment Riekelt, Mike has done a sterling job keeping the forum alive.
It has been upwards of a year since I've visited the forum and it's great to see it's still standing.
I still use Proshow Producer on average about 7 hours a week.
It has never let me down at any stage since I purchased the first version of the software all those years ago.
Top

Hello ProShowForum,
I've been using Creator for about 2 years. It's a bit further than ProShow and has some very good features. But my eyes are still crying a bit behind ProShow. It was very good software and very good support.
Creator keeps having minor bugs, I don't know where and why. ProShow also had features not found in Creator.
The support is sometimes good, sometimes Joshua doesn't answer at all. The last update was in December 2021 and we expect a new one where errors will be corrected. They also want to add GPU support, which is very important for smooth video especially.
The developers still have some work to do.
Best regards from a Creatoruser Dieter
Top

"But my eyes are still crying a bit behind ProShow."
My eyes are not. I'm still creating in Proshow and I'm not going to change it to another program because it's still the best slideshow creator I know.
Best regards John.
https://www.youtube.com/channel/UCy7k2u90DUy8hY9Jl_8qDBg
Top
Post a reply
7 posts • Page 1 of 1

Users browsing this forum: No registered users and 5 guests