Post a link to your shows created with ProShow Producer and get feedback from others. Please include a short description or title for each show link along with the approximate running time. If you don't want to chance getting criticism, please don't post your show.
Post a reply
9 posts • Page 1 of 1

I've redone the text and made some other changes. I've watched this dozens of times now, last night found two spelling errors. Thank you Joe, I learned about kerning and text in general. http://youtu.be/Gcn_3hH-v8Y
Last edited by weldr on Sat Feb 07, 2015 7:02 pm, edited 1 time in total.
Canon EOS 50D,PSE7,Latest Producer, new computer...don't know specs off hand but runs Producer with no problems.
Top

First of all the show is very nice, great pictures. The background was nice, it didn't detract from the photos. Same for the music, it fit the show.

I think the font you used is fine.

Your kerning is really inconsistent from slide to slide and I think the font size is too large in proportion to the photos. It seems to be a very common thing to make the font size too big. You could probably reduce the size by 1/3. You might also try doing a left justify on the text (if you're using a text box, which you should be) and bring it down to the bottom so the last line of text is in the same location regardless of how many lines of text you use. For those places where the video/photo takes up the whole screen (ex; 2:51) I would still move the text down and to one side, then left or right justify depending on where you place it.

There were several spots where the text even overlapped the photo, at 5:59 and 6:25. It's very hard to read the website credits at 6:25. Maybe just bring it down below the photo so you can adjust the kerning.

Agree with heckydog. The text placement needs a little work. Congrats -- one of the best I have seen.
Top 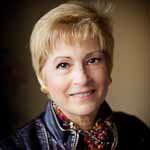 I liked it! Nicely told story. I liked the way masks were used to blend the images throughout. Thanks for sharing this one Don.

Well done, Don !
Great story, well told, and very well illustrated.
I wasn't so thrilled with that frame and background & swirls, for this show, but, that's just a matter of personal taste, I guess.
The font that you chose is fine. Just a bit too big, as Joe said.

Thank you all! The font has never seemed correct. Joe, I had to Google some of what you said but now it all makes sense. That's what was missing to my subconscious. I has a retired English teacher correct my spelling and punctuation. I've been working on this for a long time, it's been through a lot of changes. Definitely some changes coming. This forum has always pulled through with help and advise, a few of you are still very giving! Thanks, Don
Canon EOS 50D,PSE7,Latest Producer, new computer...don't know specs off hand but runs Producer with no problems.
Top

I, and I'm sure everyone else, looks forward to seeing the revised show.

Nice work, Don. Like the effects, fitting for the story. Nice music too. Story peters out slightly at the end, maybe it could be tightened a little. It would help younger people to stay focused on the show. I agree that the font is not ideal. Apart from being a matter of taste, one would look for legibility and assertiveness with a slight "graphic" touch, something not drawing too much attention to itself. In my work with High School students we often looked at the free fonts on dafont.com. Dangerous, because the kids often go for the craziest styles. And be warned, most fonts are not created by professionals. But you can also find stuff that works well. After just a quick look at the site, I think OldStyle or Otrebla might be worthwile testing (there is a search function on dafont).
Deception Pass by the way was one of my favorite weekend-campgrounds while living in Vancouver BC...
Greetings
Wolf
-- Minolta SLRs, first digital camera Apple QuickTake 1996, various others since then ---
Top
Post a reply
9 posts • Page 1 of 1

Users browsing this forum: No registered users and 6 guests